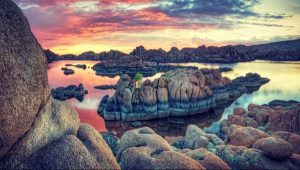 Prescott Radiologists, LLP is a private radiology group serving Yavapai Regional Medical Center in Prescott, Arizona.  YRMC consists of two acute-care hospitals and two modern outpatient imaging centers.  YRMC-West is the flagship hospital, with YRMC-East the newer hospital. YRMC also includes a network of primary and specialty care clinics, outpatient health and wellness centers, cardiac diagnostic centers, and outpatient medical imaging centers.  Prescott Radiologists is searching for a fellowship trained breast imager for a shareholder track position. Prescott Radiology is a generalist practice where all share the workload equally.  The ideal candidate can expect a high percentage of breast imaging but will express the ability and willingness to read other modalities. No IR is required.

Prescott is located in Arizona’s North Central mountains; four mild seasons offer just enough variation to make the weather both moderate and interesting. Prescott is a mile-high city nestled in the Prescott National Forest. With a classic downtown replete with Victorian homes, turn-of-the-century saloons, and other historical settings, you’ll find plenty of Western history in Prescott – much of it dating back to the days of Wyatt Earp. Prescott Valley is ranked 3rd in Arizona as a retirement community and ranked first in weather and air quality.  The public school district is ranked 27 out of 153 districts in Arizona.  The Prescott area offers over 400 miles of hiking, mountain biking, and equestrian trails. It’s also home to four of Arizona’s most prized museums and loaded with art galleries, antique shops, local eateries, and golfing. For a day on the water, visit one of the city’s four beautiful small lakes, perfect for boating, fishing, and nature watching. 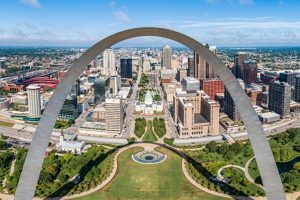 Clinical Radiologists (“CR”) is an independent, dynamic private practice group of over 30 radiologists providing service to multiple hospitals and imaging centers primarily in the St. Louis Metro east region, central Illinois, and parts of Missouri and Indiana. CR is growing and actively recruiting radiologists for a partnership track position in a democratic, transparent, and functional private practice. CR is looking to add several new radiologists. We will consider all subspecialties with our priority needs being breast imaging, night teleradiology, body imaging, and neuroradiology. A general radiologist with a strong interest in mammography is also encouraged to apply. Most of our partners live in St. Louis and adjacent suburbs finding an easy commute to our hospitals. Many live in Edwardsville, Illinois as well.

Our radiologists live in a wide variety of communities in and around St. Louis. They enjoy a short commute to our area hospitals. Others live in bedroom communities in Illinois.

The average cost of living in St. Louis is 19% lower than the national average and about 5% lower than the Missouri state average. Known as the “Gateway to the West,” St. Louis can be described as a big city with small-town charm. Whether you’re looking to be in the heart of downtown or settle in the suburbs, you’ll easily be able to find the perfect neighborhood for you and your family. 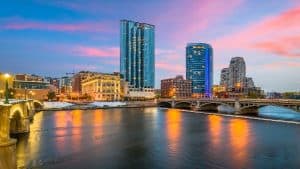 Kent Radiology P.C. (“KR”) is a well-established, private group in Grand Rapids, MI seeking a fellowship-trained radiologist to join our cohesive high-volume team of 13.  Kent Radiology is a transparent, democratically governed, and professionally managed group providing exclusive services to Saint Mary’s hospital, a 370 bed, level II trauma center. Due to rapid growth, and an upcoming retirement KR is looking to hire a new general radiologist. Subspecialty training in MSK, Neuro, or Body Imaging will be considered.  The ideal candidate will express the ability and willingness to rotate through the general radiology. A practice mix of 50% – 50% diagnostic imaging and subspecialty work can be expected.  No mammography or heavy IR is required.

Kent Radiology is a traditional equal share private practice that is committed to remaining independent and has no interest in selling out to a corporate entity. The group is a progressive, democratic, transparent practice with professional management through Radiology Business Solutions. Kent Radiology supports a radiology residency program where the residents provide night coverage with a group radiologist on call in rotation. Shareholder compensation and vacation are well above regional and national averages.

Grand Rapids is in Kent County and has a population near 200,000. In the last decade, Grand Rapids has been at the top of Forbes’ rankings for best cities to raise a family and best cities for job growth. Living in Grand Rapids offers residents a dense suburban feel and most residents own their homes. In Grand Rapids, there are a lot of bars, restaurants, coffee shops, and parks. Many families and young professionals live in Grand Rapids. The public schools in Grand Rapids are above average and the city boasts a robust medical community.  It is a perfect place for those looking to enjoy the four seasons with easy access to renowned sandy beaches. Grand Rapids is within easy driving distance of Detroit, Chicago and Indianapolis making it an ideal location where you don’t have to compromise location or compensation. 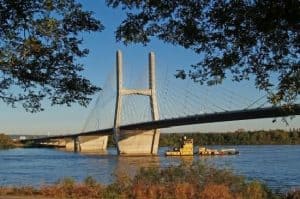 Cape Radiology Group (“CRG”) is a 38 physician sub-specialized private practice staffing multiple hospitals and imaging centers throughout Southeast Missouri and Southern Illinois. We are experiencing continued growth in our practice, requiring the addition of additional shareholder radiologists. We are currently searching for a fellowship-trained body imager, neuroradiologist, a general diagnostic radiologist, and an IR interested in 50% IR – 50% diagnostic. CRG utilizes the highest level of technology to provide an integrated worklist so subspecialists can provide services to a wide range of locations.

About the Body Imaging Position

About the Neuroradiology Position

About the IR Position

About the Breast Imaging Position

CRG provides a highly competitive starting salary of $400-$500K depending on experience, plus a comprehensive benefits package.

CRG is based in Cape Girardeau, Missouri, yet services hospitals and imaging centers throughout Central Missouri and across the Mississippi River in Illinois. Residents enjoy short commute times, an array of education, entertainment, and cultural options, set upon a beautiful backdrop, all with a reasonable cost of living and a welcoming small-town feel. Cape Girardeau is the right-size alternative to big city living.

As the regional destination for healthcare, education, entertainment, shopping, and employment, Cape Girardeau’s serves a population of over 100,000. Two state-of-the-art hospitals sit within city limits. Together, the hospitals serve more than one million people from five states. Southeast Missouri State University welcomes more than 10,000 students from the region and across the world every day. Multiple private and parochial schools and more than 50 churches call Cape Girardeau home. 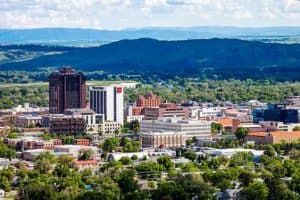 Eastern Radiological Associates (ERA) is a progressive group of board-certified radiologists who have been providing services in Southeast Montana since 1970. ERA provides a full range of professional radiology services for St. Vincent Healthcare, Holy Rosary Healthcare, and other locations such as Ortho Montana and the Regional Neuroscience Center and a full modality outpatient booming woman’s imaging center.  ERA is searching for a highly motivated general radiologist to support rapid growth within the practice.  We will consider any fellowship-trained radiologist willing to read all modalities.  Mammography and heavy I.R. are not required.

ERA is a collegial group where the partners share the workload and regularly collaborate on group decision-making.  ERA is a fair and democratic private practice offering excellent compensation, benefits, and a one-year partnership track. Partner income is above average range nationally.

Billings, Montana, is known for the big sky, wide-open spaces, mountains, rivers, lakes, and forests are within easy reach.  Billings is a great place to raise a family offering good schools, affordable housing, and a wide range of cultural and outdoor activities. ERA offers a perfect blend of small friendly private practice with the sophistication and business expertise rivaling the most advanced imaging businesses in the nation. Radiology Business Solutions provides long-term management support and consulting for the practice. 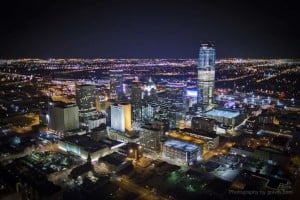 Radiology Consultants P.C. (“RCPC”) in Oklahoma City, Oklahoma is searching for several new radiologists due to retirements and the fast growth of the practice. Our current subspecialty needs are in neuro, body, and breast imaging, but we will consider all highly motivated, team-oriented, radiologists regardless of subspecialty training.

Radiology Consultants P.C. currently has 21 radiologists, the majority of which are subspecialty trained. We provide services to the Mercy Hospitals and Clinics in the OKC region. The group employs a physician assistant who performs fluoroscopy and other minor procedures. RCPC also provides limited onsite and offsite coverage for the Oklahoma Heart Hospital and three rural hospitals in the greater Oklahoma City region. 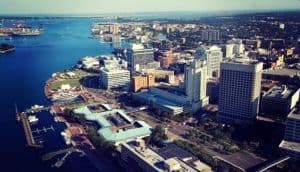 Virginia Beach is a resort city with miles of beaches and shops and restaurants along its oceanfront. Every year the city hosts the East Coast Surfing Championships as well as the North American Sand Soccer Championship, a beach soccer tournament. It is also home to several state parks, several long-protected beach areas, three military bases, several large corporations, Virginia Wesleyan University and Regent University, and numerous historic sites. Near the point where the Chesapeake Bay and the Atlantic Ocean meet, Cape Henry was the site of the first landing of the English colonists, who eventually settled in Jamestown, on April 26, 1607.

Norfolk is a charming, waterside urban center where business, education, and recreation are always close by. The city has a vibrant downtown home to businesses small and large, and our diverse economy is one of the nation’s strongest. You’ll find a thriving arts scene, renowned museums, beautiful neighborhoods, and one-of-a-kind restaurants. Norfolk hosts the world’s largest naval base, the region’s international airport and is one of the busiest international ports on the East Coast.